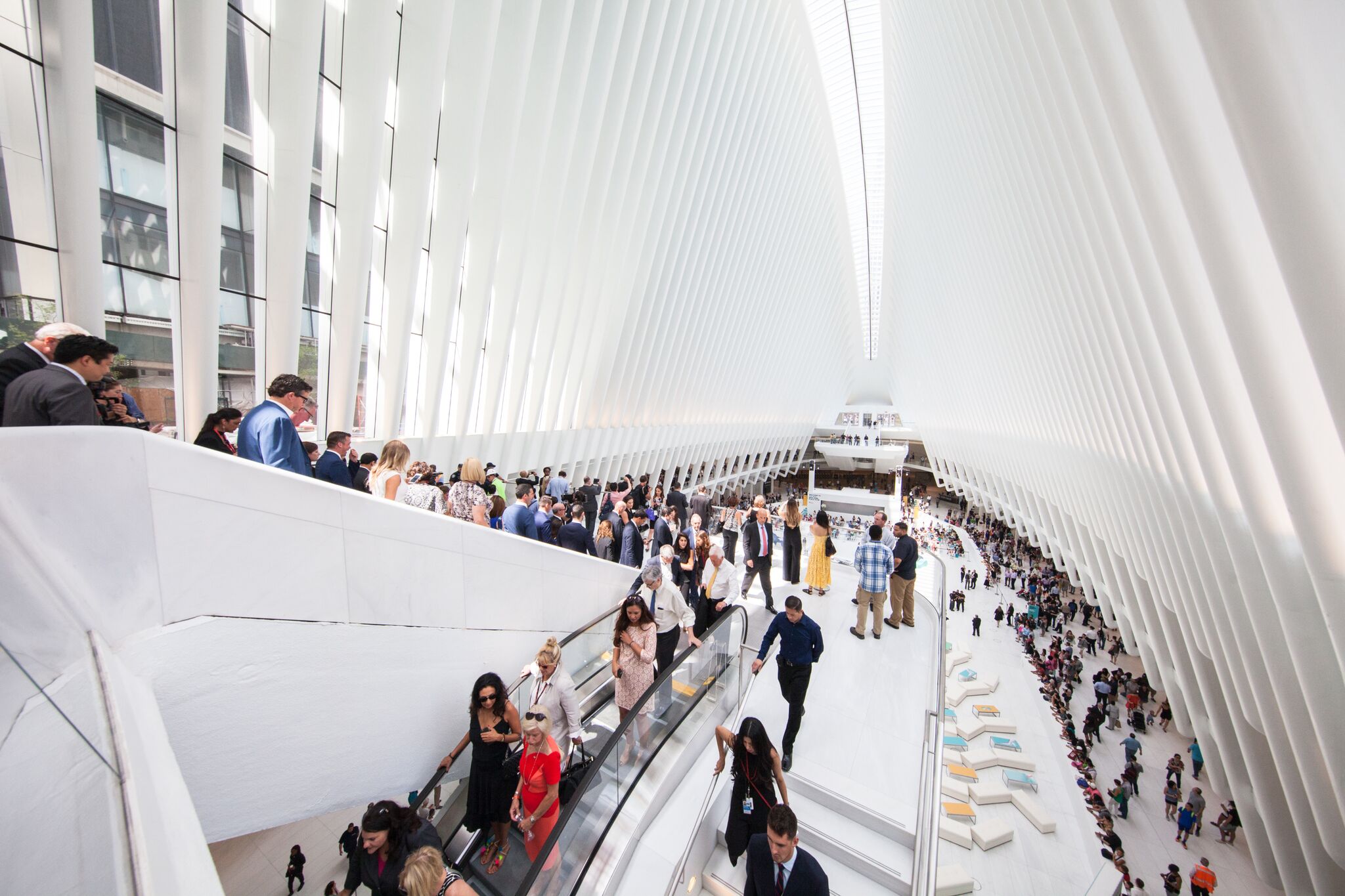 Fifteen years after the Sept. 11th attacks, Lower Manhattan has been reborn.

The revitalization of the city's downtown, powered by $30 billion in government and private investment, includes not just the reconstruction of the World Trade Center site, but also two new malls filled with upscale retailers, thousands of new hotel rooms and dozens of eateries ranging from a new Eataly to a French food hall, Le District.

The statistics alone are stunning. There are 29 hotels in the neighborhood, compared to six before 9/11. More than 60,000 people live downtown, nearly triple the number in 2000. And last year, the area hosted a record 14 million visitors, according to the Alliance for Downtown New York.

And while there's plenty to do downtown for free, including seeing the 9/11 memorial park, visitors have also shown a willingness to pay relatively steep prices for certain attractions. The 9/11 museum, which charges $24, has drawn 6.67 million visitors since its May 2014 opening. The observatory atop One World Trade Center, which charges $34, has drawn 3 million people in the 15 months since it opened. In comparison, the Statue of Liberty gets about 4 million visitors a year.

"I don't think anyone would have expected that we would have rebounded so robustly, so quickly," said Jessica Lappin, president of the Alliance for Downtown New York. "There's the physical transformation at the site itself, but there's also the neighborhood. There's an energy here. People could have given up after 9/11 and nobody would have blamed them. Instead there has been a tenacity, a dedication that is inspiring."

The Alliance for Downtown New York was founded before 9/11, in 1995, when the "neighborhood was on its heels," Lappin recalled. "The vacancy rate was going through the roof." At the time, downtown was a strictly 9-to-5 area, keyed to the workday rhythms of Wall Street and City Hall, deserted at night and on weekends. Revitalization efforts were just getting underway "when 9/11 hit and changed everything."

But as government funding for disaster recovery began to pour in, private investment followed, spurring a massive rebuilding that continues to this day. For blocks surrounding One World Trade, half-built towers and cranes still clutter the sky, barricades and scaffolding line the streets, and the whine and clatter of jackhammers fill the air. Construction workers in hardhats are as ubiquitous as tourists. The recession hampered efforts to bring businesses back, but Lappin says private sector employment—266,000 workers—is finally nearing pre-9/11 numbers. Conde Nast and Time Inc. have relocated downtown. Group M, one of the world's biggest advertising firms, will move into Three World Trade Center when it's complete.

So far, three towers have been built with plans for more.

A second shopping center, Westfield, opened in August inside the Oculus, a striking white structure designed by famed architect Santiago Calatrava. The curves of the Oculus' two ribbed wings are silhouetted by One World Trade rising behind it. Inside the Oculus, retailers range from Apple to Kate Spade to The Art of Shaving. The complex connects to Four World Trade, where the new Eataly NYC Downtown offers a bounty of bread, cheese, coffee, produce, pasta and more. Below ground a massive transit center houses subways and a New Jersey PATH train station.

Elsewhere in Lower Manhattan, a Tom Colicchio restaurant is planned for the just-opened Beekman Hotel; the soon-to-open Four Seasons hotel will host a Wolfgang Puck restaurant, and the storied Nobu restaurant will move downtown from Tribeca. Other downtown attractions include Alexander Hamilton's tomb in the graveyard of Trinity Church, the National Museum of the American Indian and the SeaGlass Carousel, which opened last year near where boats leave for the Statue of Liberty and Ellis Island.

But near the top of many visitors' New York itineraries these days is a pilgrimage to the place where planes turned the twin towers into smoking piles of twisted steel and rubble. The tranquil park formally known as the National September 11 Memorial features tree-lined walkways and reflecting pools in the footprints of the twin towers. Bronze parapets around the pools bear the names of the nearly 3,000 dead.

On Monday, park visitors included three siblings from Barcelona, Arantxa, Meus and Pau Saloni, on their first trip to New York. "It's really sad to see all the names, but it's nice to remember them," said Meus.

Also visiting Monday were Su-Ting Fu and his family, in town from suburban Westchester. "We lived in New York City when 9/11 happened," he said. "But we hadn't come to see this until today. It's nice to see everything they've done to memorialize it, but I also love the greenery, and how it feels very much like a living type of memorial."

Lappin said the neighborhood's rebirth is a fitting tribute to the 9/11 tragedy. "We honor those who were lost, but we also celebrate life and move forward."