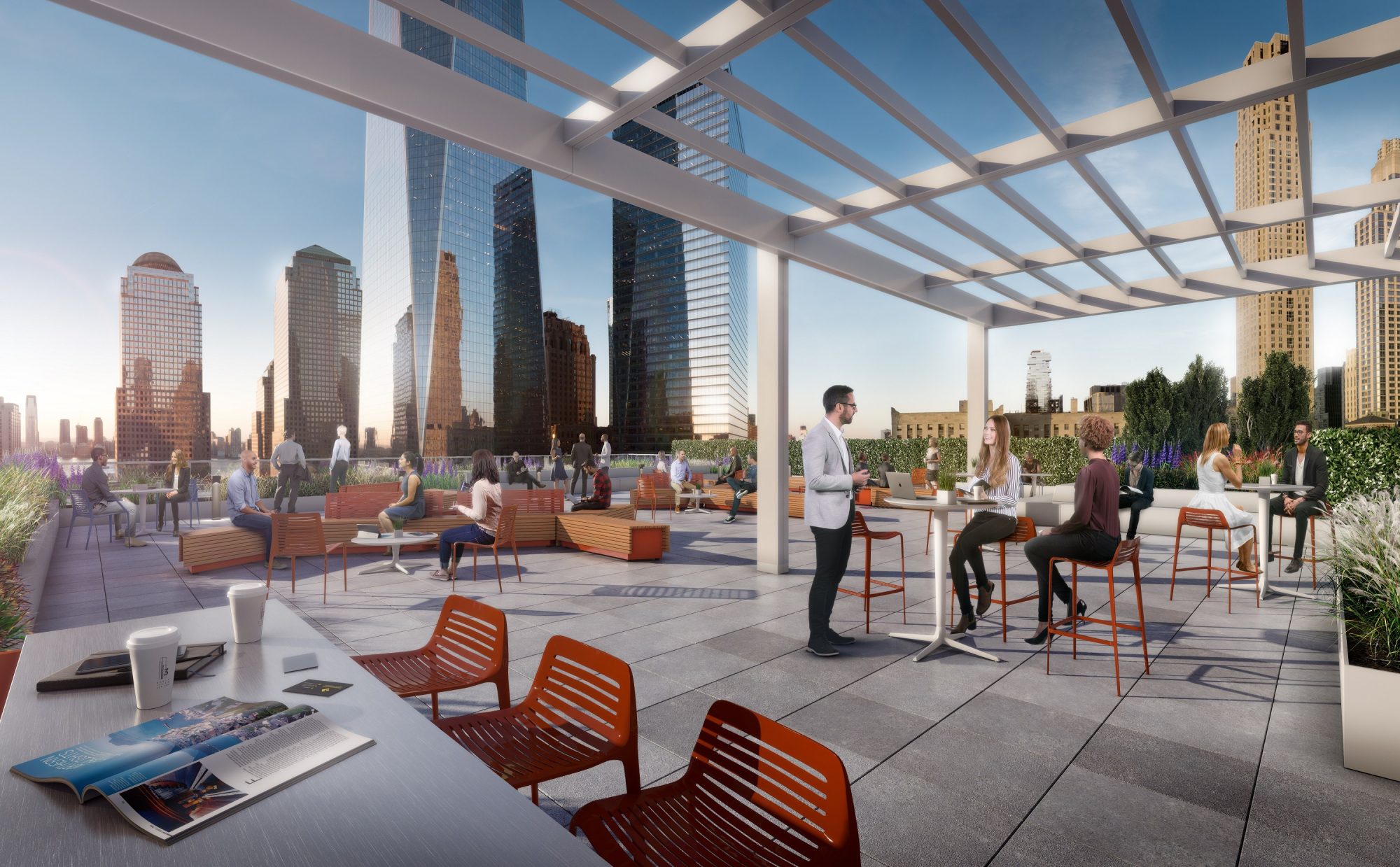 NEW YORK CITY—Time to complete the plans and the specifications for the World Trade Center buildings was extremely limited because Gov. George Pataki had already announced when the world would see their designs. Larry Silverstein, chairman of Silverstein Properties, told the architects of 2 WTC, 3 WTC and 4 WTC, “The only way they could ever get this done was if they all worked together simultaneously in the same space, so that at night at the end of each day’s assignment they could look at what their colleagues were doing at the adjacent sites.”

The architects didn’t like the idea but they came around after the developer offered to pay for the space and electricity, and to provide all the computers, according to Silverstein.

Silverstein Properties mounted a time clock which showed the number of years, months, weeks, days and hours counting down to the public unveiling of their designs.

“The time clock created such pressure. You were constantly aware of when the thing was going to be delivered and when you had to give your next presentation,” said Richard Paul, a principal and partner at Rogers Stirk Harbour + Partners, the architect for 3 WTC. “We were hand-in-glove all the way through the project.”

The support for 3 WTC is on the structure’s exterior, with one concrete core running through the middle, allowing the expansive space to remain column-free. This construction was extremely complicated, said Paul. Although it could be intensely competitive with three lead architects comparing their drawings late at night to see what the others were up to, he said, “I don’t think it would ever have been achieved in time if we all had not been in the same space.”

Silverstein emphasized, “Each building reflects the architectural language of the particular architect involved.” Two WTC is still under construction.

Looking at 3 WTC, viewers see structural steel at the sides of the tower, holding the building up and together. Describing the tower as very masculine, he noted at 1,079 feet high and 80 stories, this structure is the fifth tallest building in New York City.

He contrasted it with 4 WTC, the 977 foot tall, 72-story building designed by Fumihiko Maki. “What you have is the epitome of minimalist architecture and it’s very, very simple. If you look closely at the details, it is spectacularly done,” said Silverstein.

The original 7 WTC had been destroyed by falling debris and fire with the collapse of the North Tower of the World Trade Center during 9/11. It was the first WTC tower rebuilt and opened in 2006. Silverstein noted one thing unified all of the buildings—stronger life safety features that were put into place, following the terrorist attack.

Kapp asked what were the trends that attracted tenants such as Spotify. The digital music and podcast company is leasing 478,000 square feet, a full 14 floors at 4 WTC. Last year, The New York Post reported the asking rent was in the $80s per square foot, with the Empire State Development Corporation providing $11 million in rent credits over a 15-year lease.

“Flexibility is absolutely key. That means with a very open workspace also providing all the support space for people working in the open area, such as huddle rooms, phone rooms and conference areas,” said Hodgetts. They want community space that goes beyond a traditional ping pong table or game room. This could mean makerspace places where they can experience virtual reality. The column-free floors allow for this kind of flexibility.

Outdoor terraces, green space and sustainability have become features that create greater value, said Carroll. There is improved awareness of the importance of health and well-being. She noted, “There is no designing that is not intentional. This includes spacing, distance, density, range of the spaces, they way they are clustered.” Gensler will design spaces to “curate collisions,” ways to get groups that are typically “head-down, focused employees” to interact and talk with other people. They try to get people to move to different destinations to visit the coffee bar and intentionally disperse or cluster working groups to help coordinate people’s crossing paths.