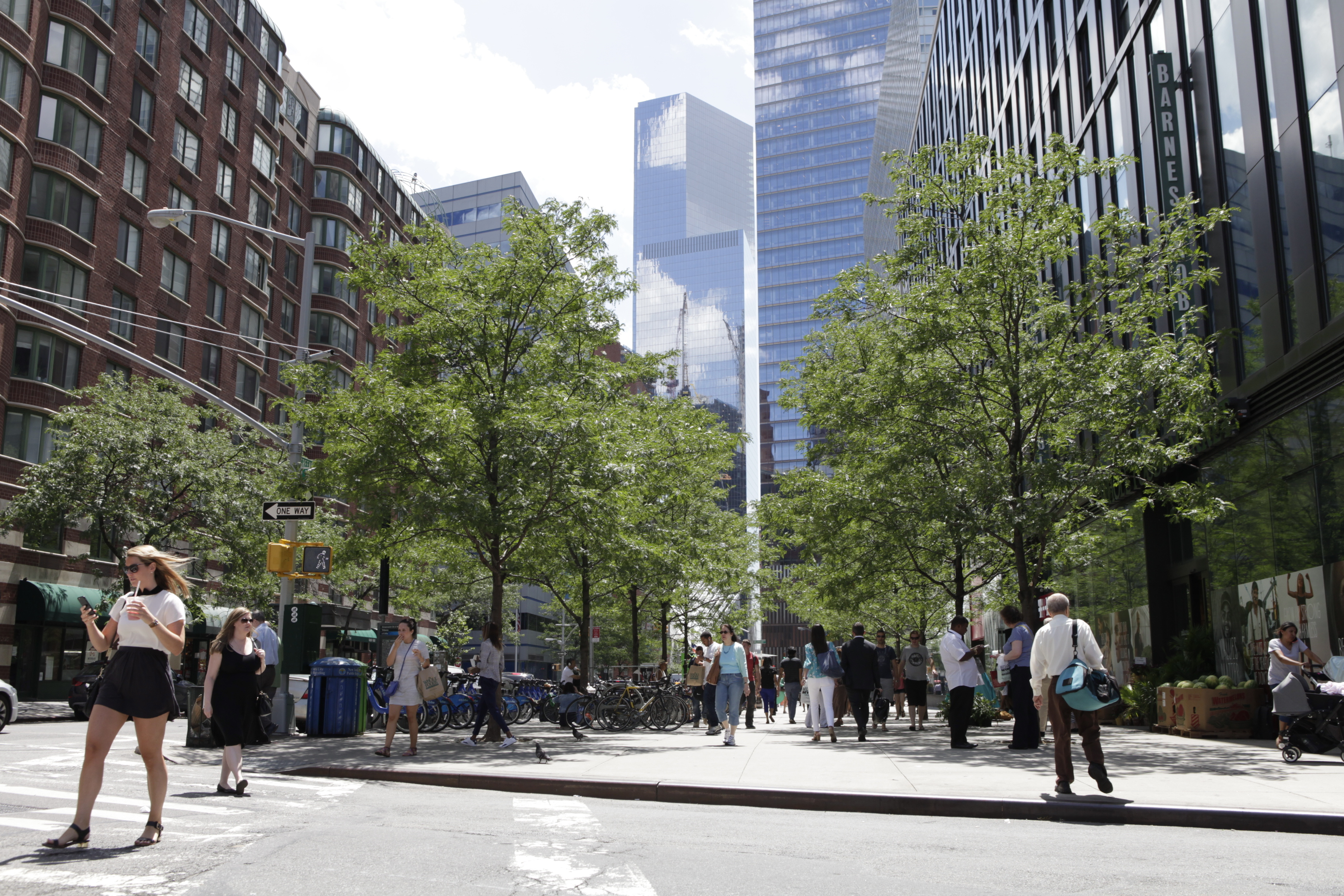 The Alliance for Downtown nailed it with a report it put out just before Thanksgiving on the district’s current healthy state and a future likely to see significant economic growth.

I’ve written for years about Lower Manhattan’s extraordinary renewal since 9/11. The Alliance’s unsurprisingly optimistic take is entirely in synch with what The Post has reported, editorialized for and predicted all along.

Among other things, the Alliance, working with economic consulting firm Appleseed, identified a post-9/11 peak of over 227,000 private-sector jobs, the most since just before the terrorist attack; strong office vacancy rates despite the addition of millions of square feet of new space; the area’s disproportionately high contribution to city and state tax revenues; and a residential, retail and hotel boom.

The report doesn’t mention by name the extraordinary retailers coming soon, like Saks Fifth Avenue, or a roster of major restaurants and chefs including Nobu, Tom Colicchio and Jean-Georges Vongerichten.

But it’s got the goods on the changing shape of Lower Manhattan private-sector payroll employment — comparing “industry composition” from 2001 to the end of 2014.

But the loss was offset by jumps in employment in other fields, such as professional, scientific and technical services and health care. That fundamental change, combined with a population boom to 62,000 and growing, has fundamentally altered the district’s DNA.

Since the Alliance/Appleseed survey relies on data from the state Department of Labor, which does not break out the well-covered TAMI (technology, advertising, media and information technology) sector, the payroll figures don’t cite percentage increases in those fields.

However, the Alliance separately determined that TAMI employment downtown leapt by 37 percent between 2009 and 2014, and will soar further in the next few years.

But how is the office market doing?

Perceptions are skewed by an abundance of space on the market at 1, 3 and 4 World Trade Center — where steady but slow leasing can’t compare with the swift fill-ups at Related Cos.’ 10 and 30 Hudson Yards.

Yet, according to CBRE’s third-quarter data, availability in downtown’s roughly 88 million-square-foot market, including at the WTC, was a respectably modest 11.9 percent, with actual vacancy a mere 9.1 percent.

CBRE power-broker Brad Gerla told us that downtown asking rents continue to rise. He noted than at 123 William St., a 1960s building he represents, leases were just signed at $54 and $58 a square foot, comparable to many uptown. The address, which had 350,000 square feet up for grabs just two years ago, is now almost full.

He said the strength of the market is well-distributed, including along Water Street and in prewar addresses in the heart of the old Financial District.

Here are Realty Check’s hot seven situations to watch downtown. Their outcomes will have far-ranging impact for the area:

1. Two World Trade Center: If a deal is struck for Rupert Murdoch’s 21st Century Fox and News Corp. to be the anchor tenants at Larry Silverstein’s tower, it would complete the quartet of new WTC towers.

2. Westfield’s World Trade Center complex: The delayed stores in the Oculus and other parts of the concourse will finally open some time next year. Eataly has already set an opening date in April at 4 World Trade.

3. 70 Pine St.: Residential owners and brokers will watch closely to see how quickly the 664 units fill up at the landmark former AIG headquarters, which Rose Associates and DTH Capital are converting into luxury rental apartments.

6. One Wall St.: Harry Macklowe’s first foray downtown, a planned transformation of the landmarked office skyscraper, will be a bellwether for both the luxury condo and retail markets.

7. 180 Maiden Lane: About 840,000 square feet of office space is up for grabs at the 1.2 million-square-footer, which Norman Sturner ’s MHP and Clarion Partners are modernizing and disaster-proofing to the tune of $28 million.

Downtown on the up: Lower Manhattan’s economy shifting into high gear

The Downtown economy has already fully recovered from the 9/11 attacks and ...READ MORE
Why the Latest Buzzing Neighborhood of NYC Isn’t in Brooklyn